The restaurants of the IGNIV family are all dedicated to the same culinary philosophy - and yet each of them has its own unique character. Based on the world of taste of the 3 Michelin star chef Andreas Caminada, the chefs of each restaurant create imaginative dishes to share. The food concept is based on regional products combined with a cosmopolitan touch. Wines are carefully selected by head sommelier Francesco Benvenuto with a focus on large bottles. This is as much part of the IGNIV experience as the interior design created by world renowned interior designer Patricia Urquiola. 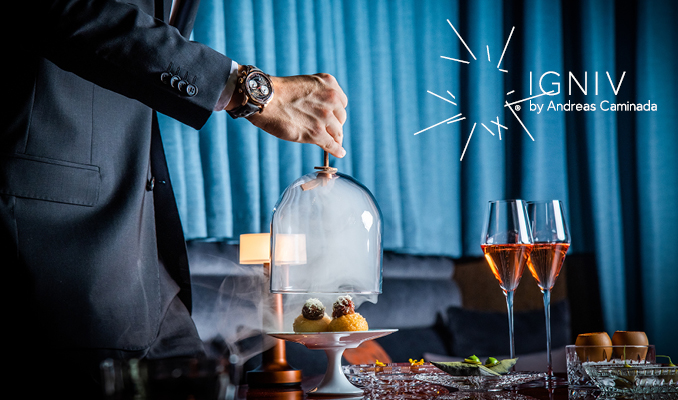 The Rhaeto-Romanic word igniv translates to “nest.” It represents the company’s desire for its guests to feel at home in its restaurants, just like a little bird in its nest. On top of outstanding hospitality and the welcoming atmosphere that the Spanish interior designer Patricia Urquiola created specially for IGNIV, the company achieves this with its sharing approach in its four exceptional restaurants. Guests do not need to stick to a traditional sequence of courses. Instead, they are offered a Fine Dining Sharing Experience consisting of up to 30 components served at their table in numerous bowls. All IGNIV restaurants – i.e. at the Grand Resort in Bad Ragaz, Badrutt’s Palace in St. Moritz, Marktgasse Hotel in Zurich, and St. Regis in Bangkok – follow the same culinary philosophy. 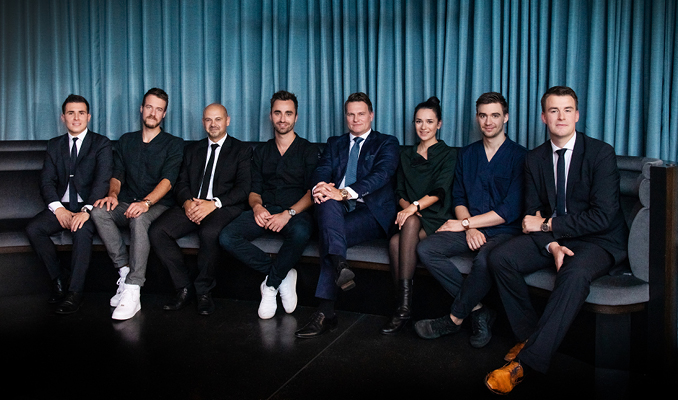 The four head chefs, Silvio Germann, Marcel Skibba, Daniel Zeindlhofer, and David Hartwig, and the sommeliers, Francesco Benvenuto, Giuseppe Lo Vasco and Ines Triebenbacher have become official friends of the brand, and are now part of the CFB family.

The teams wear pieces from the Manero Flyback collection, developed specially for the high demands of modern and urban cosmopolites, as well as other watches from the Carl F. Bucherer collection. The elegant chronographs come in a sophisticated 43-millimeter case and feature a flyback function allowing their wearers to reset and restart the timer instantly. Inside, they are powered by a masterfully crafted CFB 1970 automatic movement, whose tireless work can be admired through the sapphire crystal case back – unlike the hustle and bustle of the IGNIV kitchens, where countless hands work behind the scenes to create unforgettable memories for their guests to take home. 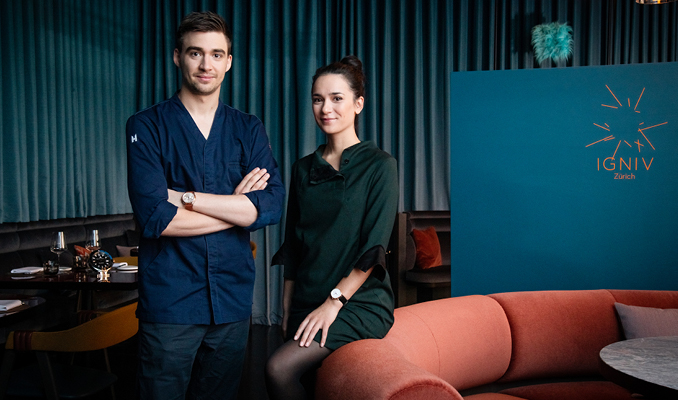 “The culinary concept of IGNIV gives a whole new meaning to the concept of savoring the moment. As a watch manufacturer that has always been infused with a cosmopolitan spirit, we are especially proud to contribute a piece of watchmaking excellence ʽMade of Lucerne’ to the culinary journey of the teams and their restaurant guests”