Time for the big screen

Lights, camera, action! A range of big- and small-name celebrities gathered for the global premiere of the Hollywood movie John Wick: Chapter 3 in New York City on May 9, 2019. Swiss watch manufacturer Carl F. Bucherer was also there, having supported director and friend of the brand Chad Stahelski with his latest work. After featuring in the first two episodes about contract killer and car fan John Wick, the Lucerne manufacturer’s timepieces once again show the time of day in John Wick: Chapter 3, this time on the wrists of Halle Berry and Keanu Reeves.

As Cool as Keanu Reeves: the Manero AutoDate

In the third part of the series, retirement remains a distant dream for former contract killer John Wick. And no wonder, as a 14-million-dollar contract has been taken out on his life. But even if he cannot trust anyone else, he can always rely on his Manero AutoDate. The timeless classic model with its white dial and black leather strap is inspired by the designs of the 1960s – the same decade that produced John Wick’s beloved Ford Mustang. The three-hand model with date display draws the beholder’s attention to what really matters in the stainless steel case with a diameter of 38 millimeters, and the watch is always ready for action thanks to its reliable automatic caliber. What is more, the 42-hour power reserve means that superstar Keanu Reeves aka John Wick could take it off for a while without any problems – not that he has that much time to rest ... 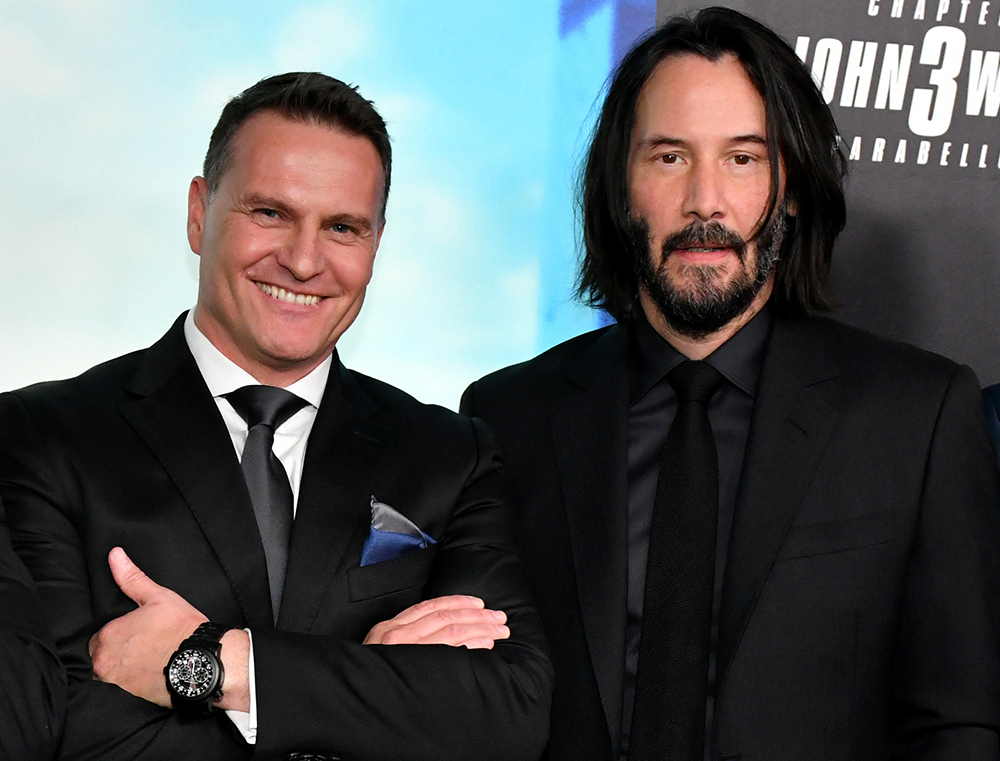 As Elegant as Halle Berry: the Manero Peripheral

Halle Berry’s character Sofia combines femininity with ruthless action. Given the actress’s intensive training for the role, it is no wonder that the Manero Peripheral is so wonderfully suited to her. The elegant timepiece with 60 diamonds on the bezel is a masterpiece of feminine details and powerful mechanics. The striking stainless steel case with a diameter of 40 millimeters conceals the automatic CFB A2050 manufacture caliber, which is equipped with a peripheral rotor – an unmistakable reference to the craftsmanship and innovation of the watchmakers at Carl F. Bucherer. Furthermore, the small-seconds subdial and date display on the finely shimmering, cognac brown dial of natural mother-of-pearl guarantee absolute clarity, even when the going gets tough.

From an Excellent Manufacturer: the Manero Watches

In addition to the models that appear in John Wick: Chapter 3, the Manero AutoDate und Manero Peripheral are also available in other versions. They can be purchased at Carl F. Bucherer boutiques all around the world and in selected retail stores, and are ideal for both action heroes and all other fans of the art of Swiss, “Made of Lucerne” watchmaking.