CARL F. BUCHERER’S AMBASSADOR ON AND OFF THE TRACKS

Carl F. Bucherer and Jason Joseph: it’s all about Swissness, family, and fractions of seconds

Carl F. Bucherer and Jason Joseph are kindred spirits, united in their shared Swissness and, of course, measuring time in fractions of seconds. Family is important to Jason and, of course, Carl F. Bucherer is a family-owned and led company, just as it has been since it was founded in 1888. Jason himself says that he greatly benefits from his unique background, which is a combination of Swiss discipline and what he describes as the laid-back patience of the Caribbean.

“. . . one of the best hurdlers of his generation but he’s also a great guy!”

Carl F. Bucherer’s CMO Uwe Liebminger says that the young hurdler brings some unique qualities to the brand: “Obviously, Jason is an incredible talent but there’s so much more to him than that. He’s cool and relaxed and has a cheeky sense of humor. He has the potential to be one of the best hurdlers of his generation but he’s also a great guy!”

Jason Joseph is also pleased to be part of the brand family. He says, “The people from Carl F. Bucherer are as disciplined as I am – they constantly push themselves to do more, and I can identify with that. I always point out that I’ll try to be better today than I was yesterday, which they understand. We’re natural partners. They’re a family company and my family is important to me – in fact, my parents are part of my support team. I’m really happy that Carl F. Bucherer is also on my team.” 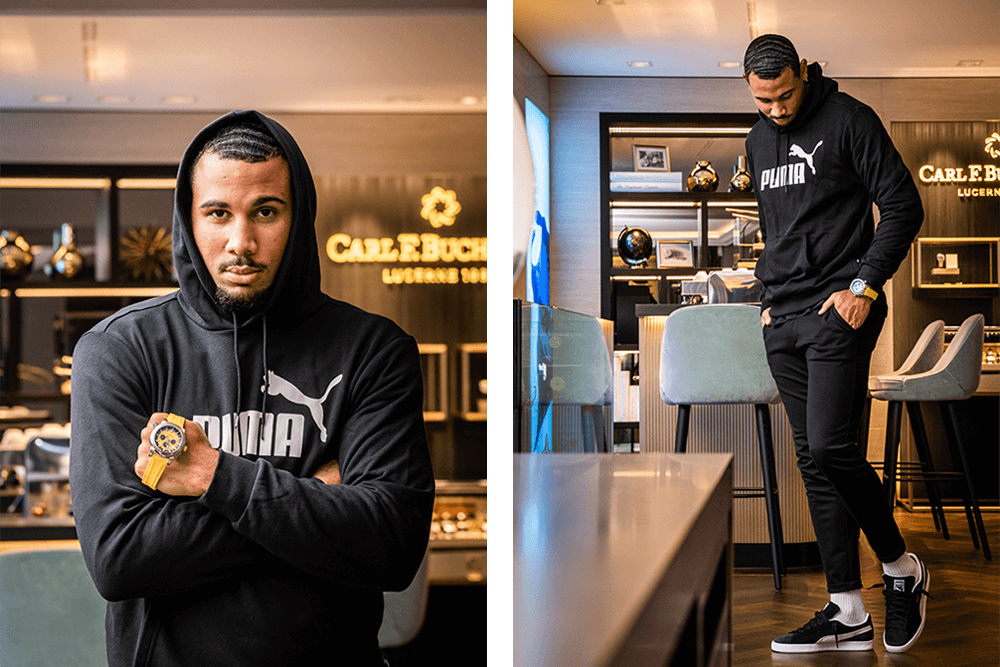