Carl F. Bucherer celebrates its 125th anniversary and introduces the new Manero PowerReserve in style. On December 3, 2013 the Lucerne-based watch brand hosted the anniversary and launch event at the National Concert Hall in Taiwan. 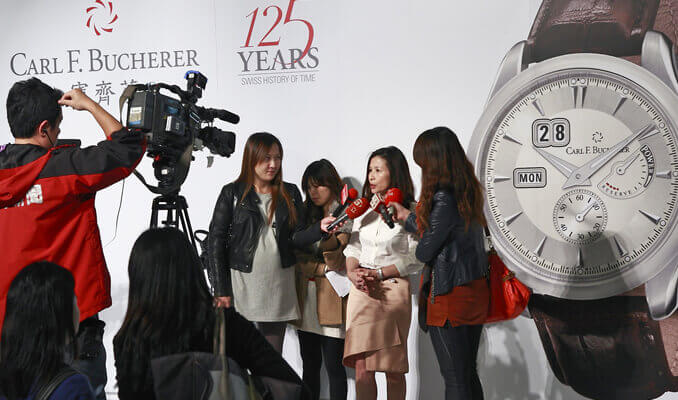 Xuan Liu, popular writer, famous musician and DJ, based in Taiwan, performed and provided the crowd with live music entertainment. The new ManeroPower Reserve, featuring the CFBA1011 manufacture caliber, made its big debut at the event. With this watch, Carl F. Bucherer integrates the innovative CFB manufacture caliber into the Manero for the first time ever. Guests of the event were also invited to listen to speeches given by CFB executives and engage in Key Star interviews.