After 17 nights at sea, 1400 kilometers, 200 manta ray sightings and 35 new manta IDs, the Manta Trust Far North Maldives Research Expedition came to a close on the 17th of November. But the findings from the project, which was entirely funded by the luxury Swiss watch company Carl F. Bucherer, will support manta conservation efforts for years to come.

The expedition, which began at the end of October, was headed by Guy Stevens, founder and chief executive of the Manta Trust, a British-based charity and Carl F. Bucherer partner since 2013. The team conducted an in-depth study of the northern reaches of the Maldives, a remote area it had previously been unable to explore.

Stevens led an international team of 16 researchers, marine biologists, educators and journalists. They studied local manta populations and marine ecosystems and went into schools around the islands to continue the trust’s manta education program. For the duration, the team was based on a “floating research vessel”, a liveaboard boat chartered by Carl F. Bucherer.

Since 2017, Carl F. Bucherer has produced Patravi ScubaTec watches in support of the trust’s activities, including most recently the 44.6mm stainless-steel Patravi ScubaTec Maldives. A high-performance dive watch created to raise awareness of the Manta Trust and its remarkable commitment to preserving endangered manta rays and the ecosystems and habitats they need to survive. The Patravi ScubaTec is an essential part of Carl F. Bucherer’s Sport & Adventure brand world and reflects an important part of its DNA.

“Without funding from Carl F. Bucherer, it would have been impossible for our team of researchers and educators to visit some of the country’s most remote coral reefs and islands, and to gain new insights into the regional populations of manta rays and connect with local communities,” says Stevens. “This unprecedented opportunity to spend an extended period of time with so many of the team, from different projects and regions, was absolutely invaluable. The expedition team and I are extremely grateful to everyone at Carl F. Bucherer and customers of the Patravi ScubaTec Maldives for this amazing opportunity and for their continued support.”

Carl F. Bucherer is committed to the Manta Trust’s work. “It’s an extraordinary honor for us to work with the Manta Trust,” says Sascha Moeri, Carl F. Bucherer’s CEO. “Our partnership has grown every year since 2013 and we’re delighted to see the impact of our collaboration through the results of this expedition as well as many other impactful projects which we have realized together in the past. We continue to learn so much from Guy and his team about this remarkable species and to be inspired by them and their work. On behalf of everyone at Carl F. Bucherer, congratulations to you all on everything the Manta Trust Far North Maldives Research Expedition has achieved. We look forward to continuing our support of your mission in the years to come.” 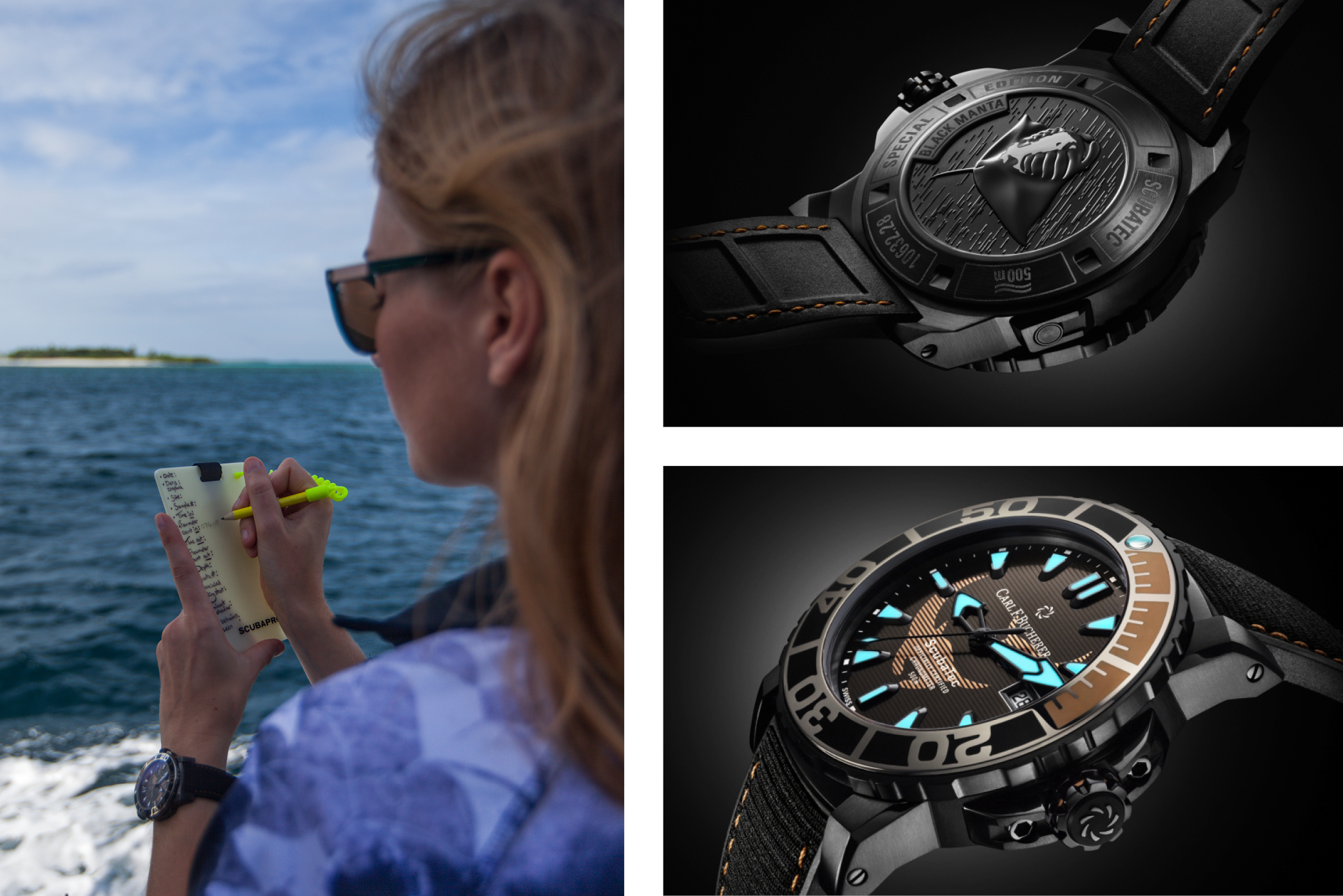 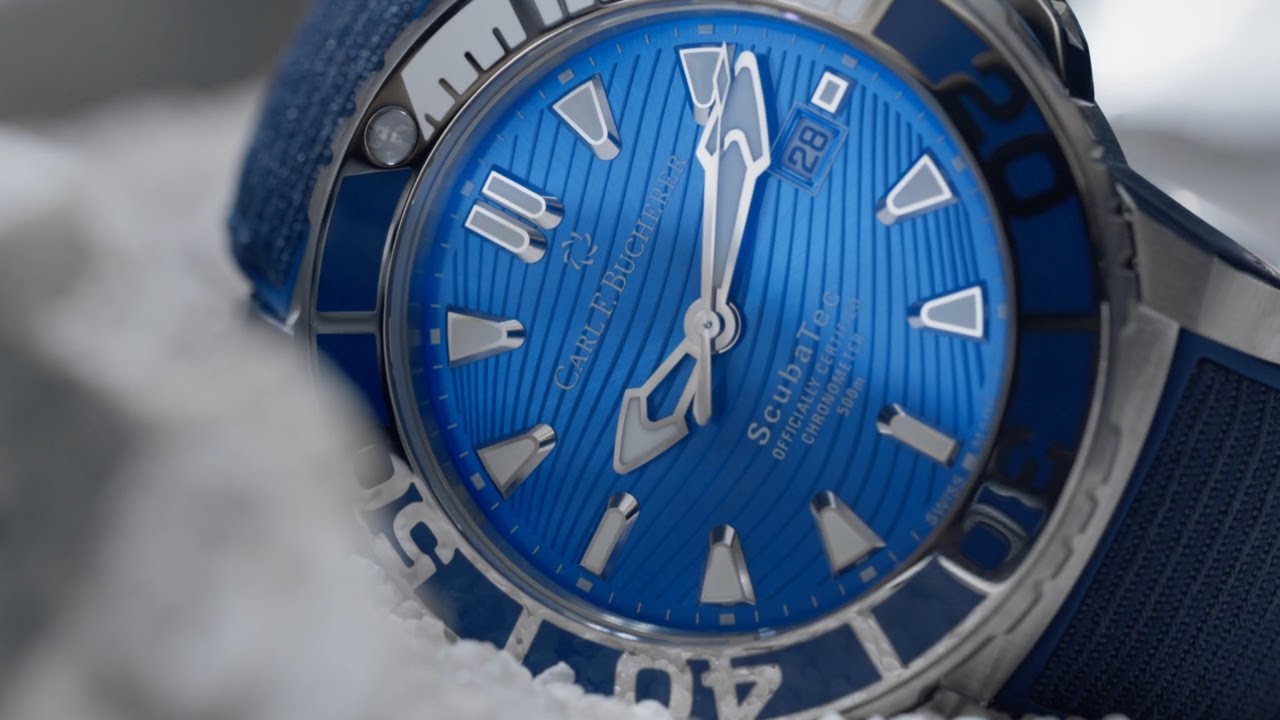 Mission Accomplished: What The Expedition Achieved

During the expedition, the Manta Trust team conducted more than 400 hours of underwater research, identifying and studying cleaning stations were mantas aggregate, and undertaking conservation ecology projects, gathering data on manta size, age, maturity and reproductive fecundity, using state-of-the-art ultrasound and “stereo video photogrammetry” equipment. Maldivian reef mantas can grow up to 4.5 metres from wingtip to wingtip. Other manta species, such as the oceanic manta, can grow in excess of 7 meters across. The trust has identified 11 different manta species.

The team logged more than 200 manta sightings over the course of the voyage, including around 120 at an extraordinary mass feeding event in Hanifaru Bay, an area famous for manta aggregations. Of the total, 35 were new IDs. Mantas are identified by unique spot patterns on their ventral side, which the team capture using underwater cameras and add to the Manta Trust’s Manta Database, which now lists more than 5,100 individuals in the Maldives. The database findings are shared with the Maldivian Environmental Protection Agency (EPA) to help assess the overall manta population and to provide detailed accounts of important manta ray aggregation sites. This in turn helps protect manta habitats from threats such as over-fishing and shipping.

“The expedition revealed most Maldivian mantas have now been recorded by the Manta Trust,” says Stevens. “This means the total population of the Maldives reef manta ray population has probably now mostly been added to our database.”

Ultrasound scans and stereo video photogrammetry data (which records wingspans) collected during the expedition will feed into ongoing research undertaken by the trust to establish the life history traits of reef mantas. From this, the trust will grow its understanding of a manta’s age and size when they reach maturity, as well as how fast they grow, and what differences there are in size in regions around the Maldives.

The expedition also enabled the team to conduct plankton sampling at manta ray feeding sites, and to 3D-map manta cleaning stations. This information will be used as the baseline for a long-term study monitoring changes in manta ecosystems.

The team of educators visited seven schools during the expedition, delivering manta ray and climate crisis awareness sessions, and career guidance to more than 300 young Maldivians. In the remote Makunudhoo Atoll, the team took 80 students into the water for diving, snorkeling and swimming lessons, helping them to connect to the sea. Despite being surrounded by it, many Maldivian locals are unfamiliar with the water. Among the education team were local representatives from the Manta Trust, the EPA and The Maldives National University.

The Threat Is Real: Conserving An Endangered Species

The Manta Trust was founded in 2011 with a vision of worldwide conservation of manta rays and their habitats through research, education and collaboration. As with any living organism, mantas play a vital role in maintaining a healthy ecosystem, but they are currently listed as endangered on the International Union for Conservation of Nature’s Red List of Threatened Species. The Manta Trust is working hard to reverse the current trend.

Humans and global warming represent the greatest threat to their survival. Many reef habitats where mantas feed have been destroyed by coral bleaching events, most recently in 2016 when rising water temperatures devastated approximately one third of the world’s coral. The team witnessed the effects of this event at dive sites throughout the expedition.

In some countries, manta gill plates are prized by purveyors of traditional medicines, although scientists have now debunked myths about the supposed health benefits. Through the work of the trust and its affiliates, manta fishing is now banned in the Maldives and a number of other countries around the world where mantas aggregate.

The trust believes the Maldivian manta population is now stabilized, but that the global picture continues to be one of decline. Its work continues. Carl F. Bucherer is proud to support the trust and its mission to conserve the manta ray. 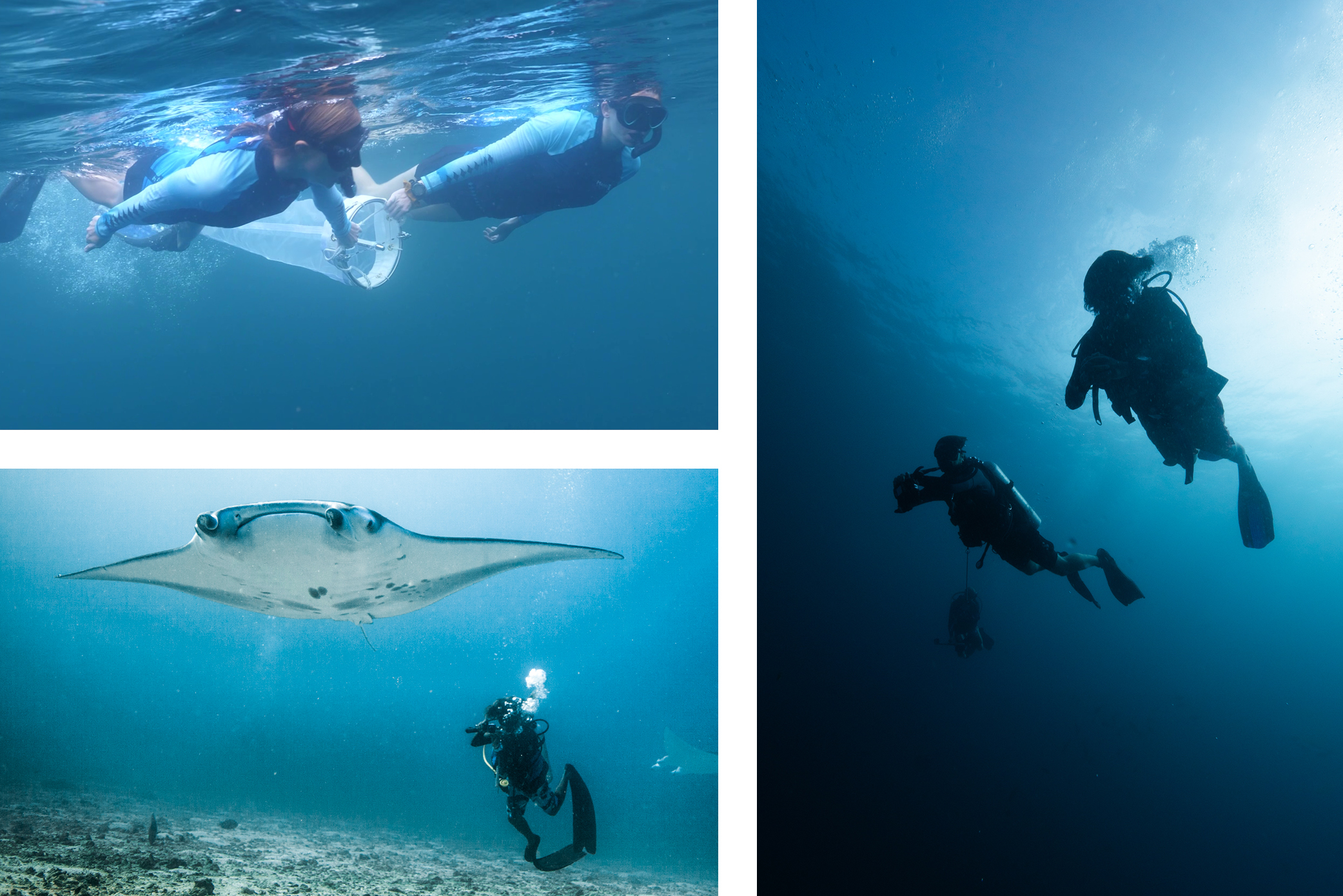